So friends, in today’s article we are going to talk about the recently launched new flagship processor Dimensity 9000 by MediaTek and we will know what is the specialty of this new processor of MediaTek, what are its features and its Apart from this, how long will we get to see smartphones with this processor in the market? So in this article we will solve the queries related to this processor and if you like this article then definitely like and share it.

So Guys, now if we talk about the overall specification of this processor, then this processor Dimensity 9000 of Mediatek is going to be the first processor in the world which supports 320 megapixel camera lens.

This processor has 10 core Arm Mali-G710 GPU and in addition six fifth generation APUs have been given. Along with this, the support of artificial intelligence has also been given in them.

Along with this, Bluetooth 5.3 with MediaTek dimensity 9000, Wi-Fi 6E 2 * 2, wireless stereo and beidou III-B1 C GNSS have also been supported for connectivity.

Apart from this, 16 standard technology has been given for 5G in this processor. In which talking about this processor speed on 5G network, then its speed will be up to 7Gbps.

This processor of mediate dimensity 9000 is designed with 18 bit HDR-ISP so that you get the facility to record HDR video simultaneously from three cameras. Apart from this, this processor will reduce battery consumption by four times compared to the first version. Along with this, ARM Mali-G710 graphics have also been provided.

Talking about its other features, this processor will also support Full HD Plus display with 180 Hz refresh rate. 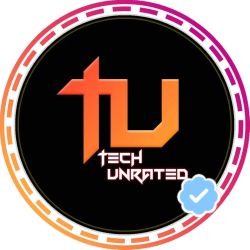